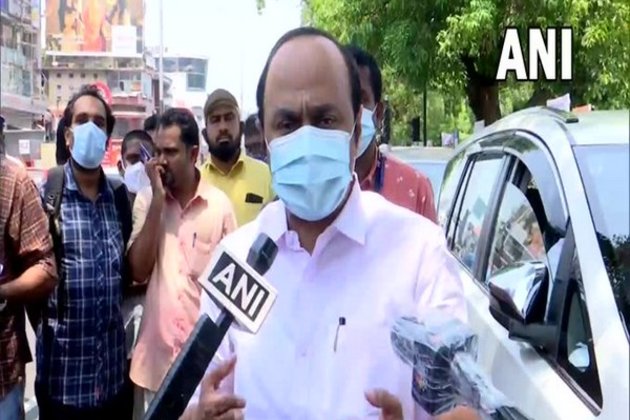 Kochi (Kerala) [India], May 17 (ANI): The decision of the Kerala government to drop the on-site Social Impact Study marked the first victory of the anti-SilverLine protests, said opposition leader of Kerala Assembly VD Satheesan on Tuesday.

The government on Monday decided to drop the on-site Social Impact Study and take up a GPS-enabled study instead.

The opposition's recommendation should have been adopted earlier, he said. He also demanded the government to withdraw cases registered against protesters.

Speaking to reporters today, Satheesan said, "The CPI(M) led state government has to admit that it has done wrong so far by conducting stone laying ceremony. The cases registered against people for voicing against the SilverLine project should be withdrawn. The first phase of the agitation against the SilverLine project is successful by this order of the revenue department."Kerala Chief Minister Pinarayi Vijayan backtracked from his own announcement stating that the project will be done at any cost. "The anti-SilverLine agitation is one of the legendary agitations in the history of Kerala," he said.

Slamming the Bharatiya Janata Party as well, the Congress leader mentioned that the protests carried out by the BJP are "pointless". "They should talk to the Union Railway Minister and should ensure that the project is not approved," he said.

Kerala government on Monday decided to drop the on-site social impact study for the K-Rail's SilverLine semi high-speed rail corridor and decided to opt for a GPS-enabled study instead. The move comes amid protests against laying survey stones on the private properties without prior intimation to the landowners. Those opposing the move of the project had asked the government to go for the technology-enabled system instead of the stone-laying in the wake of protests and emotional scenes on the sites.

Kerala High court had asked the government whether the stone laying was done as per the manual of the revenue department. The case against the method of survey is still pending in the High Court. The order states that Kerala Rail Development Corporation Limited should assist the social impact assessment (SIA) team to identify the alignment either by GPS survey equipment or mobile phones with GPS facility as proposed so that the SIA team may identify the project affected persons and collect the data properly.

The State Government order to proceed with the Land Acquisition as per subsection (2) of section (8) of Land Acquisition, Rehabilitation and Resettlement Act, 2013 will be issued only after getting final approval for the project from the Railway board.Two weeks ago, an altercation erupted between the Congress workers and the police in Thiruvananthapuram when the officials had arrived to lay stones in Kazhakkottam.

The clash between the officials and the Congress workers soon aggravated when the police officials took charge and pushed back the protestors from Congress.

The semi high-speed rail project, which is known as the Silverline Project, aims to connect Kasaragod in the north to Thiruvananthapuram in the south minimizing a twelve-hour long distance to four hours. It was started by the Pinarayi Vijayan government during its second term.The current government has started laying survey stones for the project across the state and the locals had been protesting against the project including the Congress and BJP citing feasibility reasons. (ANI)