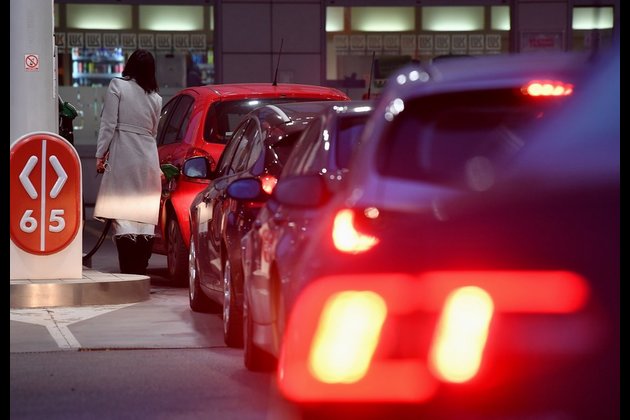 In his view, countries need to work together, regardless of their differing views. However, "everything that is happening today is leading to a situation even worse than during the Cold War, and that is not good for either the West or Russia, and of course Croatia either," he said.

ZAGREB, May 20 (Xinhua) -- The COVID-19 pandemic has made life difficult all over the world, but the Russia-Ukraine crisis, coupled with the ensuing sanctions imposed on Moscow by the European Union (EU), has upped the ante for EU member Croatians, Tomi Peric, a taxi driver in Rijeka, told Xinhua on Friday.

"Prices are rising day after day," Peric, 56, said. "Electricity and gas prices have already risen significantly, and new price increases are ahead this autumn." For many ordinary Croatians, "it is almost impossible to cope with the rising prices."

According to a report released by the Croatian Bureau of Statistics (DZS) on May 16, transport prices rose by 16.4 percent, food and nonalcoholic drink prices by 12.8 percent, energy and gas prices by 8.8 percent, and clothing and footwear prices by 7.5 percent in April this year on a year-on-year basis.

They spend most of their money on living expenses, Peric lamented, adding that if prices continue to rise, they would have no money left to go to a cinema or theater, let alone to travel.

Peric blamed the EU sanctions on Russia for the rocketing inflation and for the impacts inflicted on ordinary Croatians like him.

Sanctions are not the proper way to resolve the disputes in Ukraine as they have never yielded results in the past nor will they yield any results this time, he said, noting that the EU countries, including Croatia, are actually suffering more because of the sanctions.

"If the sanctions continue, it will be even worse, because there is simply no way to replace cheaper gas and oil from Russia," he said.

The EU has proposed a halt to Russian oil imports by the end of the year because of the Russian military action in Ukraine. However, this has met with opposition from Hungary and Slovakia, which rely heavily on imported Russian oil.

"As a taxi driver, I listen to the stories of citizens, who have been complaining that Croatia is also a victim of the war in Ukraine, even though it has nothing to do with it," he said, noting that if the current situation continues, "there would be many poor people who would barely be able to survive."

In his view, countries need to work together, regardless of their differing views. However, "everything that is happening today is leading to a situation even worse than during the Cold War, and that is not good for either the West or Russia, and of course Croatia either," he said.